30.09.2015 - 01.10.2015, Wildpoldsried, Germany
The second General Assembly of the ELSA project took place in Wildpoldsried, Germany, hosted by the Allgäuer Überlandwerke (AÜW). The ten consortium partner came together for this two-day meeting having as its morst important objective to enable an exchange between the different ELSA workpackages and between the ELSA partners. Every workpackage informed the rest of the consortium about the current status quo of the work. Further, Eric Portales, the project coordinator, announced that egrid applications & consulting GmbH is now officially third party of the ELSA consortium.
As highlights of the meeting, the ELSA consortium visited the hydroelectric powerplant Keselstrasse in Kempten and an installed 1MW power battery system in the factory of KE-TEC. Furthermore, the future ELSA test site "Auf dem Bühl" was visited. 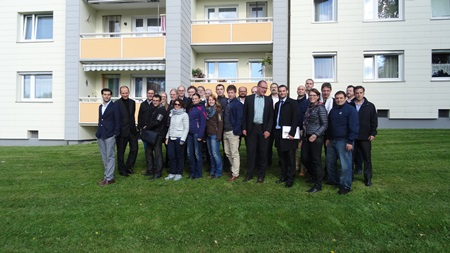 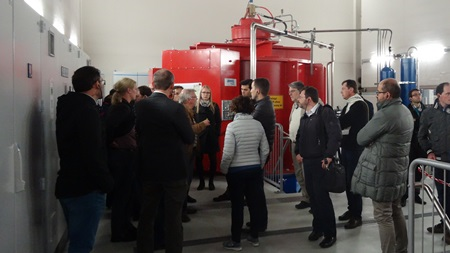 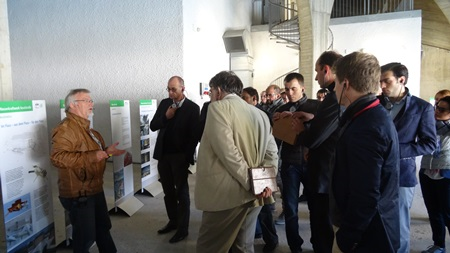